Insight into the Heptarchy

Some weeks ago I promised background into my British Heptarchy of small nations. This has been a harder job than I envisaged, and I have had a bit of a job finding the highlights. I've not even attempted a history, apart from little snippets that will fall into place over the years (I don't know them yet).

My Imagi-Nation is based on the premise that the various Anglo-Saxon kingdoms of the 10th and 11th centuries never managed to combine into the single entity that became the British Isles. So we have variously sized kingdoms of the 'English' area and the neighbouring countries of the Kingdom of Strathclyde (Scotland) and the Republic of Wales. The following notes are a brief background to the current (19th century) situation, and covers the era known in an alternative reality as the 'Victorian' Era (1837 - 1901 + or - a few years)

The various smallkingdoms, principalities and duchies have struggled along in a state of amiably distrustful alliance and occasional enmity for centuries. Borders have changed now and then, first to one side then another (think Alsace-Lorraine) and though they all have seperateidentities, rulers, politics and relationships with each other they have been known to co-operate for the greater good. This happened most recently in the mid 1700's when the armies of Strathclyde crossed the northern borders to redress alleged abuse of drovers taking cattle to southern markets. This army, under the late king Charles and the Duke of Cumberland, got as close to the Mercian capital of Nottingham as Derby, was persuaded to retire by their army council, were followed back by a combined force from the Heptarchy and defeated at the battle of Culloden. Currently there are rumblings from the new Republic of France, Russia, and the recently unified Germany, over various trading and foreign interests.

A number of poloiticians in the kingdoms have recently been discussing the possibility of making a 'United Kingdom' similar to the German model, in order to smooth out border controls, unify taxes and centralise government. Talks have been extensive, have considerable opposition and cause much controversy between the 'fors' and 'againsts'. The main problem occupying the various state governments is the question of an overall monarch. Mercia feels that as the largest economy the eventual capital should be with them, in the centre of the country, while Wessex think they have tradition on their side with an unbroken line of succession from the time of Alfred.

The Welsh President, Mr. Llafanihangel Penbedw, has offered his services as mediator, and Cardigan castle as neutral grounds for a conference, though insisting that Wales will remain independent. The residents of Strathclyde have also expressed theor own desire to stat outside any Union.

So, some insight into the framework, which I think gives a number of options to follow. I shall give short specifics of each seperate entity at a later date. Any suggestions or comments gratefully receieved (though not neccessarily taken notice of). As the great German philosopher Heinz Zeit* said "it's a clever man who thinks of everything in time". 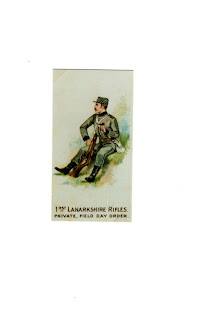 * Thanks to the membership of the Gnatterbox model railway forum for the name of this distinguished gentleman.
Posted by joppy at 13:34