The old and the new

Just to show that I have shaken of my lethargy I'm showing a couple of photos I took today. First up I have a model from my display cabinet that I made many years ago from an old 'Men at Arms' kit. It is of a US cavalryman in full dress uniform. What I found interesting about the figure was that it was of a coloured conscript. Not something normally seen. Though quite why he should be stood in front of Orford Castle I have no idea. Please ignore the date (if I don't mention it someone will!) but it seems I need to reset my camera.

I'm really putting it up as a tribute to MGB's blog, Wargaming with 54mm toy soldiers. 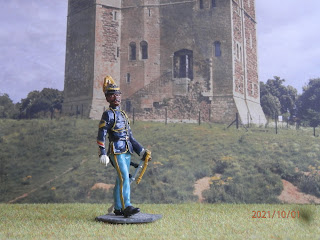 Second up is a figure cobbled together from assorted Langley castings and is supposed to represent a trooper from the North Suffolk Hussars. Hopefully the precursor of others, as I have a few of these bits and pieces, and my 'go to' reference book shows a variety of similar uniforms in various colour schemes. 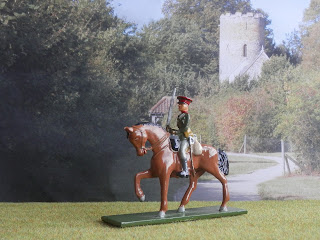 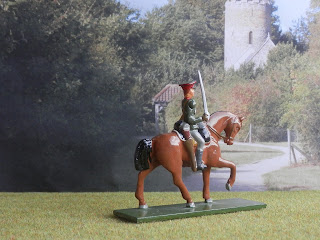 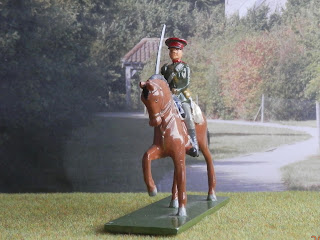 That's it for now, have fun, stay safe.

Getting back in the saddle?

I admit, I have been very lax in keeping up with my blogs lately. This is partly because not much has been going on as it was far too hot this summer, and partly interest dwindled to very low levels. All the figures waiting in my 'to do' list sat gathering dust while paints hardened in the tin. Then tonight I received a promotional e-mail from Prince August, the Irish toy soldier mould people, giving news of a couple of sets issued in their new sub-section 'Great Powers of the 1900s'. 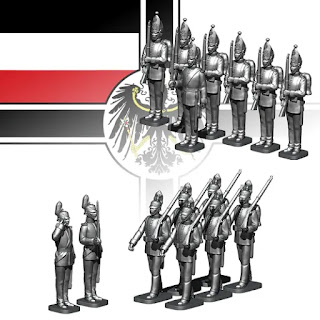 First up is a set of Germans, illustrated here' 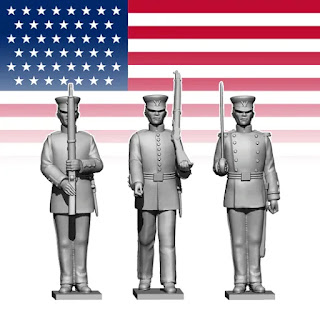 While second we have a set of infantry from the USA.

As I was being offered a discount I ordered one of each. When they arrive I hope to have a little play with them. I wonder how they fit with the British Guard moulds already on hand, and whether  I will be able to Mix 'n match parts. Hopefully I'll be able to show you in a few weeks time. Interest is aroused again.