Another birthday come, and gone

Yesterday was my birthday. I won't say which one, and to be honest, when MrsJ checked with me I told her the wrong one! One of the benefits of having such things is the arrival of presents, and this DVD arrived in the post. I was quite surprised, as I thought it wasn't due until March. 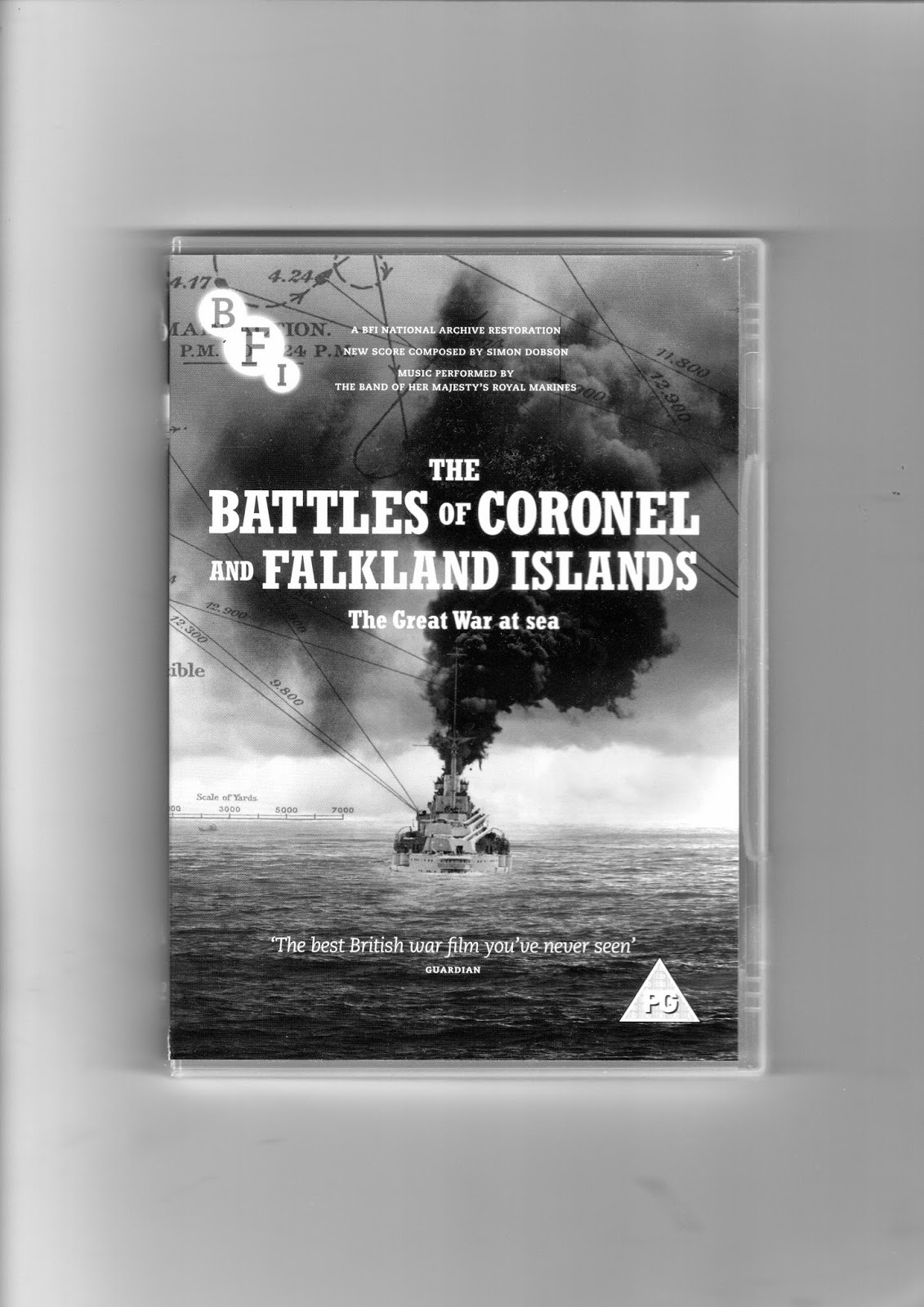 According to the blurb this is a BFI restoration of a film made in 1927 ".. on real battleships supplied by the Admiralty.... scrupulously fair in its treatment of the enemy.... presented with a new score ....performed by the Band of Her Majesty's Royal Marines..",and comes with a number of extras including some short films from the era plus a fully illustrated booklet of original essays and full credits. The main feature is some 102 minutes long.

I just need the evening MrsJ goes dancing, a glass of wine, and a bar of chocolate.

The rest of the day was a bit of an anticlimax. I picked up my car after 3 weeks in the garage, and after a number of power failures on the A14 I spent four hours sitting in a service station watching the traffic go by while the AA attended and eventually towed me back to the garage for further tests. MrsJ had told me to take the day easy, but I don't think that's quite what she meant!

Further to my earlier post of "First Things", I have made a little progress and have a couple of photos to show. 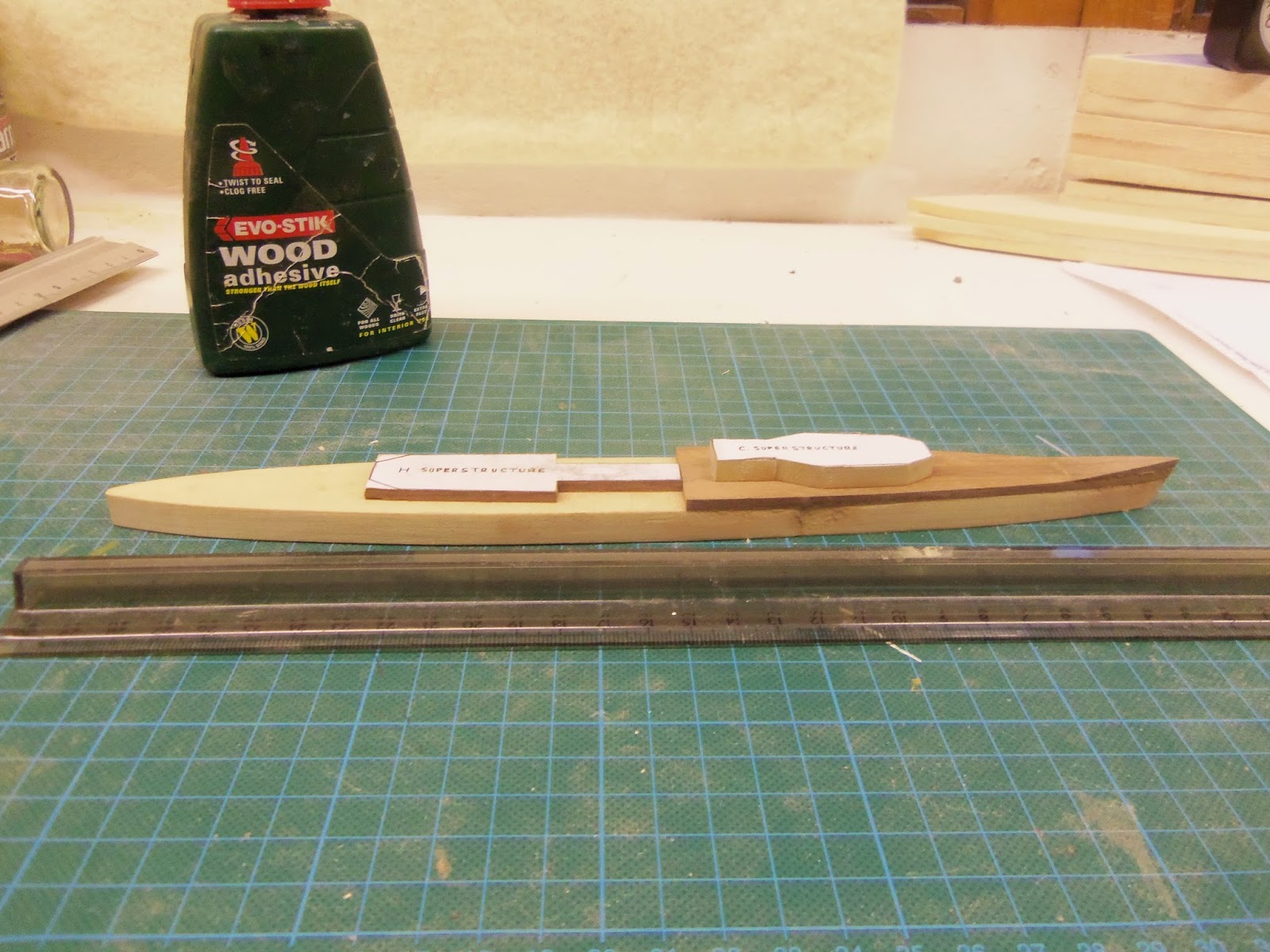 The first one shows where I was at the beginning of the year, and is the hull of HMS Exeter at a scale of 1 inch equals 50 feet. Not one of the usual wargaming scales used these days, but my fingers and eyes probably wouldn't cope with anything smaller these days. 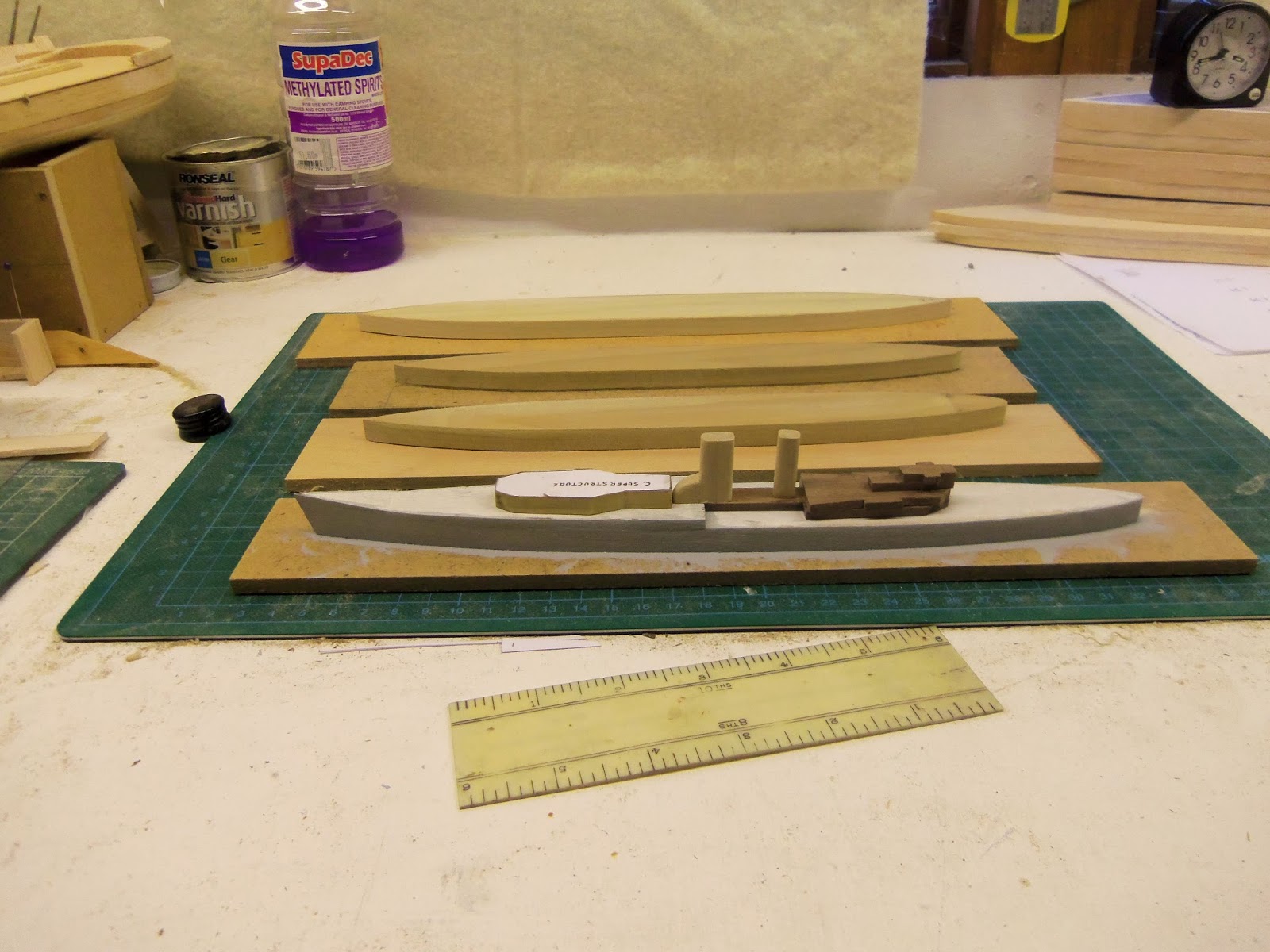 The second shows the current situation, with a little more progress on Exeter, and basic hull outlines and bases for the other three ships needed for the scenario. One German ;Pocket Battleship' and two more British Cruisers.

These models are for use in the garden, where I will be trying to peel nine year old awat from his various computer games. In order to help in this I am going to make up very simple rules of my own, where the guns range will be the calibre in feet ( i.e. 8 inch gun = 8 foot range) and speed a similar idea in inches per knot ( 18 knots = 18 inches), hits, damage etc still to be sorted out, probably using playing cards (red = hit, black = miss). The idea being a quick game not bogged down in lots of calculations and tables, but where some thought will be needed.

If this works, I have enough plans to do a Bismark* or Scharnhorst scenario next year. I'll need time to make the models. More progress reports to follow.

*though, because they didn't do a plan of Bismark, I may have to use Scharnhorst as a stand in!
Posted by joppy at 08:30 3 comments: 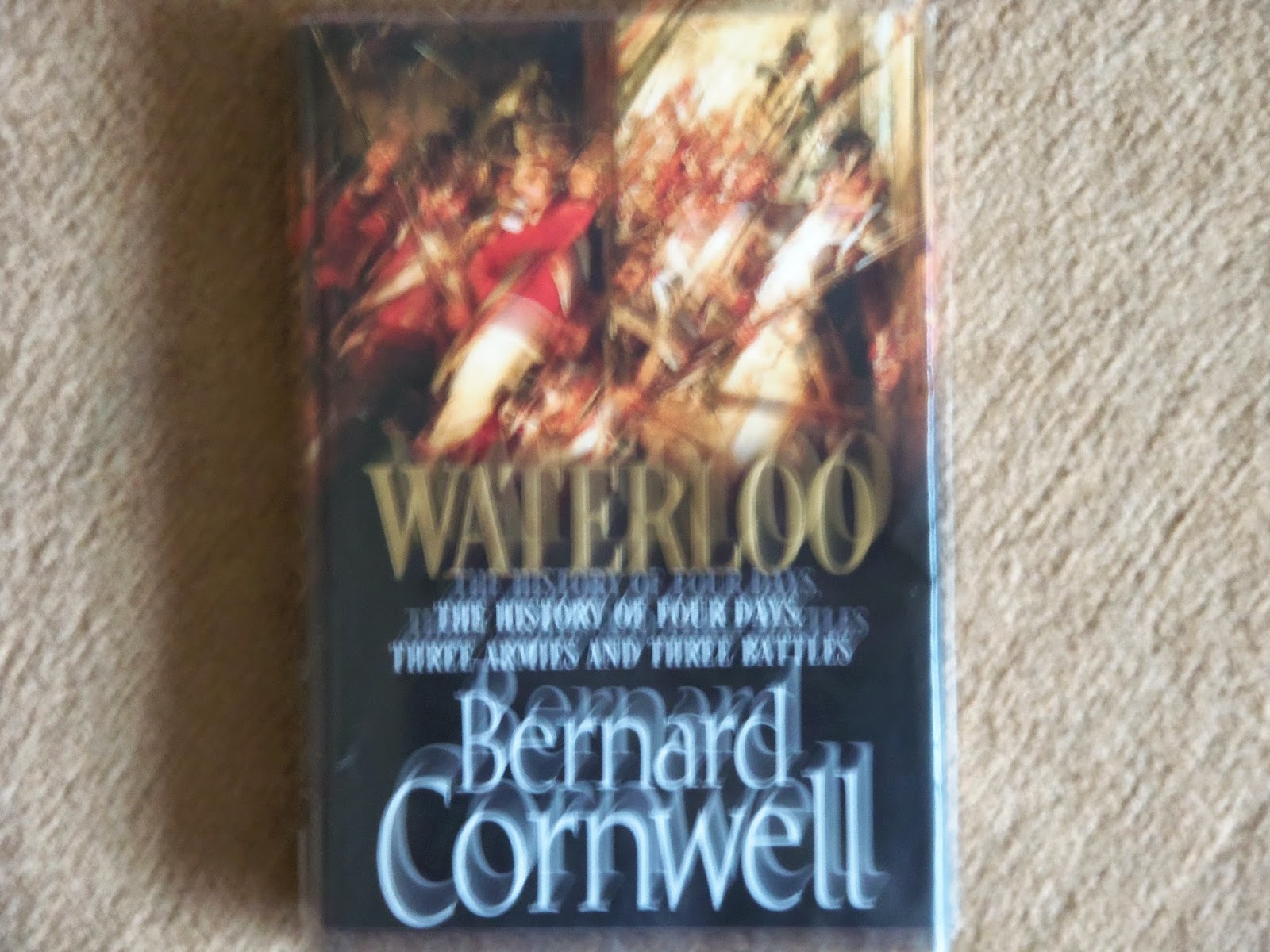 After a long wait on the local library reservation list (I was originally 68th in line) I've collected Bernard Cornwell's "Waterloo". His first non-fiction title. The question is, after so many other books on the battle over the years, will I learn anything new or will it be just a rehash of bits culled from all the previous ones. I've tried to avoid any comments or reviews so that I don't come to it with preconceived adeas, and I've got three weeks to read it before it's due back.
Posted by joppy at 08:08 No comments:

The first thing I'm doing this year is the completion of something I started back in September.I have a collection of 50ft to 1 inch warship plans from the 1940s, that build up into recognition style simple models. I have the details for making up the four ships involved in a small action that took place in the South Atlantic early in the war, and had started on a British Cruiser. That's now getting finished off, to be followed by the other ships. The intention is to use them out on the lawn in the summer.