Compliments of the season. 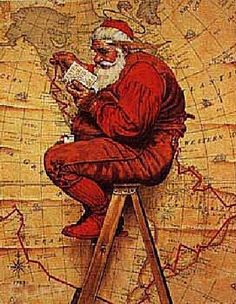 MrsJ has timetabled quite a busy few days between now and the New Year, gallivanting about visiting all and sundry. I suspect she's trying to forget the fact that she retired on Monday and won't know what to do with herself, so is making up for it.
So, as I shall not have time soon (she's out topping the car fuel up and getting last minute milk etc.) I wish you all a Merry Christmas and a Happy New Year.
Posted by joppy at 02:02 4 comments:

I've slowly been reducing my collection of books, and have started listing some of the overflow military titles I've not looked at for some time onto the e-bay auction site. At the moment there are about 10 titles on there, with most being assorted ones from the early 'Discovering' series and a few Blandford uniform books. If you'd like to have a look at my listings I go by the seller name nospoj1, so feel free to take a look. I've attached a few pictures for your delectation. 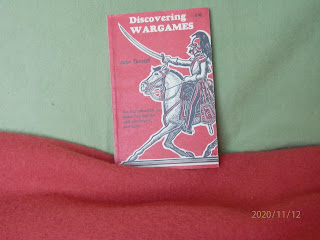 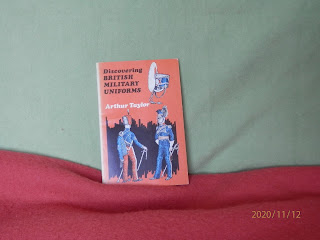 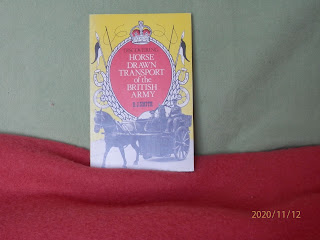 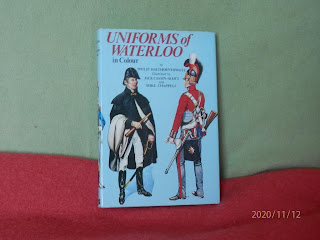 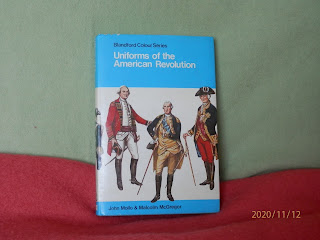 Thanks for looking. Other books will appear over the next few months. 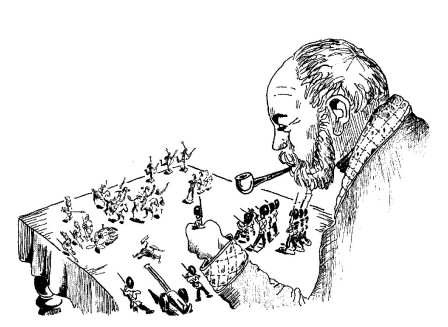 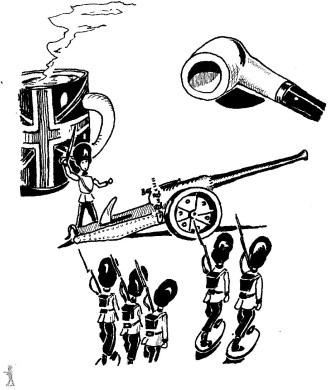 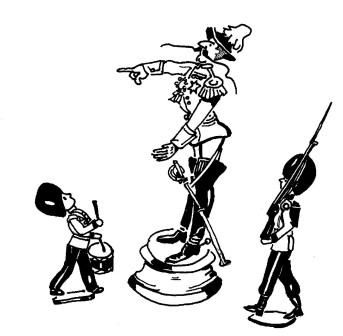 Introducing a new blog by yours truly.

Soldiering has taken a back seat of late. I've been given the delightful task of looking after two young (pre-school) granddaughters for four days a week. They keep me active and by the time I hand them back I'm too tired to do much. I'm left with one weekday to myself, as MrsJ keeps me occupied at the weekend, so not much gets done.

I have, meanwhile, slowly been planning a model railway for the garden shed. Rather than bore anyone with details here I started a new blog under the title of Joppy's Model Railway Trials and Tribulations. This isn't really intended as a social endeavour but is a kind of diary of my efforts. It is quite boring at the moment but should get better as construction begins.

In the meantime, if you want to check it out feel free. No compulsion. 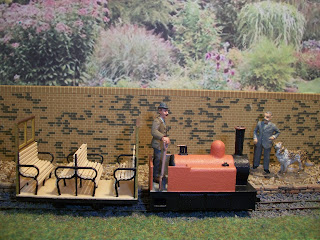 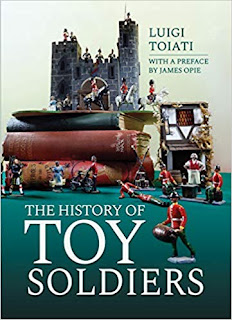 Hinton Hunt and others

While rooting about in the storage boxes to check what I had in the 54mm lead pile (which is larger than I thought) I came across some momentos of how I got into the military model side of things. Along with assorted notes on uniforms, postcards and booklets I found a Hinton Hunt catalogue dated 1969 and a couple of figures that I must have painted about that time. 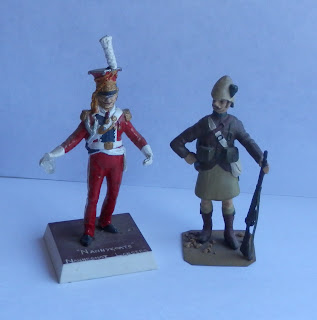 These show that I must have had some sort of Imagi-Nation ideas even then, as the lancer (originally Prince Poniatowski) is labelled as the Nanneghat (Nannygoat) Lancers , a non-existent Indian regiment, while the highlander is one of 'McCordle's 9th' (?). Evidently I couldn't be bothered to paint a tartan then.

These two figures came from a toy shop in Loughborough market place when I was working there as assistant manager at W.H.Smiths. They had a showcase full of unpainted models, which I see from the catalogue would have been 13/9d. Rather a hefty sum when my weekly wage was about £12. No wonder I only have two. 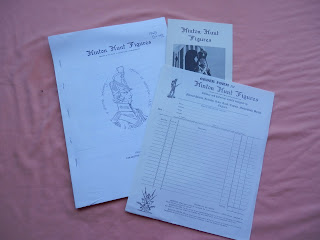 Most of my collection of catalogues seem to have disappeared, probably in one of our recent house moves as MrsJ insists we need to downsize, and most of the makers are no longer in the market, though some, like Replica, Glebe, and others have been absorbed by others I regret losing people like Whittlesy Miniatures, G.B.& E, and others, while there don't appear to be many newcomers to the fold.

I discovered recently that Patrick Willis, owner of Sarum Soldiers, is no longer with us, and that the range (along with the Marlborough figures that he took on) is in limbo at the moment.. Oh I wish I could go back 30 years with todays bank account, to stock up with items I can't get any more. I had a quick browse around e-bay and found very little on offer.

Where are the collections of Blenheim, Nostalgia, etc, that were among some of the first in the 'New Toy Soldier' market? Are they hoarded away, dumped on decease of owners, or passed on as playthings to grandchildren? I notice that the BMSS, in their occasional auctions, don't seem to offer much in this line, concentrating more on old Britain's and such.


xxxxxxxxx
On another subject entirely, I notice that lately none of my comments on other blogs seem to get through to publication. I haven't stopped reading them, just can't praise you. Apologies.﻿
Posted by joppy at 09:07 2 comments: 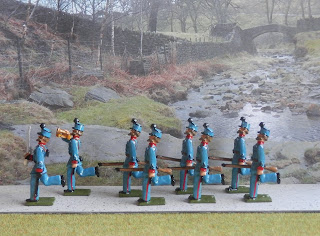 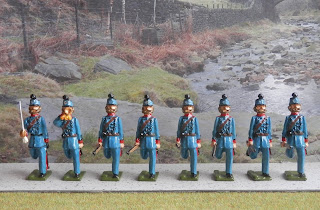 ﻿
In the meantime, here are a couple of pictures of the most recent unit I painted, which I see by the date on the bottom was 2016. They are from Brigadier of Australia, and though they no longer operate I was able to get the figures cast as a favour by the old owner. They are painted as the West Yorks Rifle Volunteers ,1862, to fit in with my Tetrarchy armies.
I hope to be more forthcoming in the future, feel free to remind me of that promise if I seem to be slipping.
Posted by joppy at 02:10 7 comments: