Following a post by Tradgardmaster (sp?) over in his Duchy, and as I find myself agreeing with his habit of studying otherb peoples bookshelves , even to the extent of studying them in photos in those 'celebrity house' type magazine articles (sad, I know), I'm popping a couple of pictures in here of some of mine. 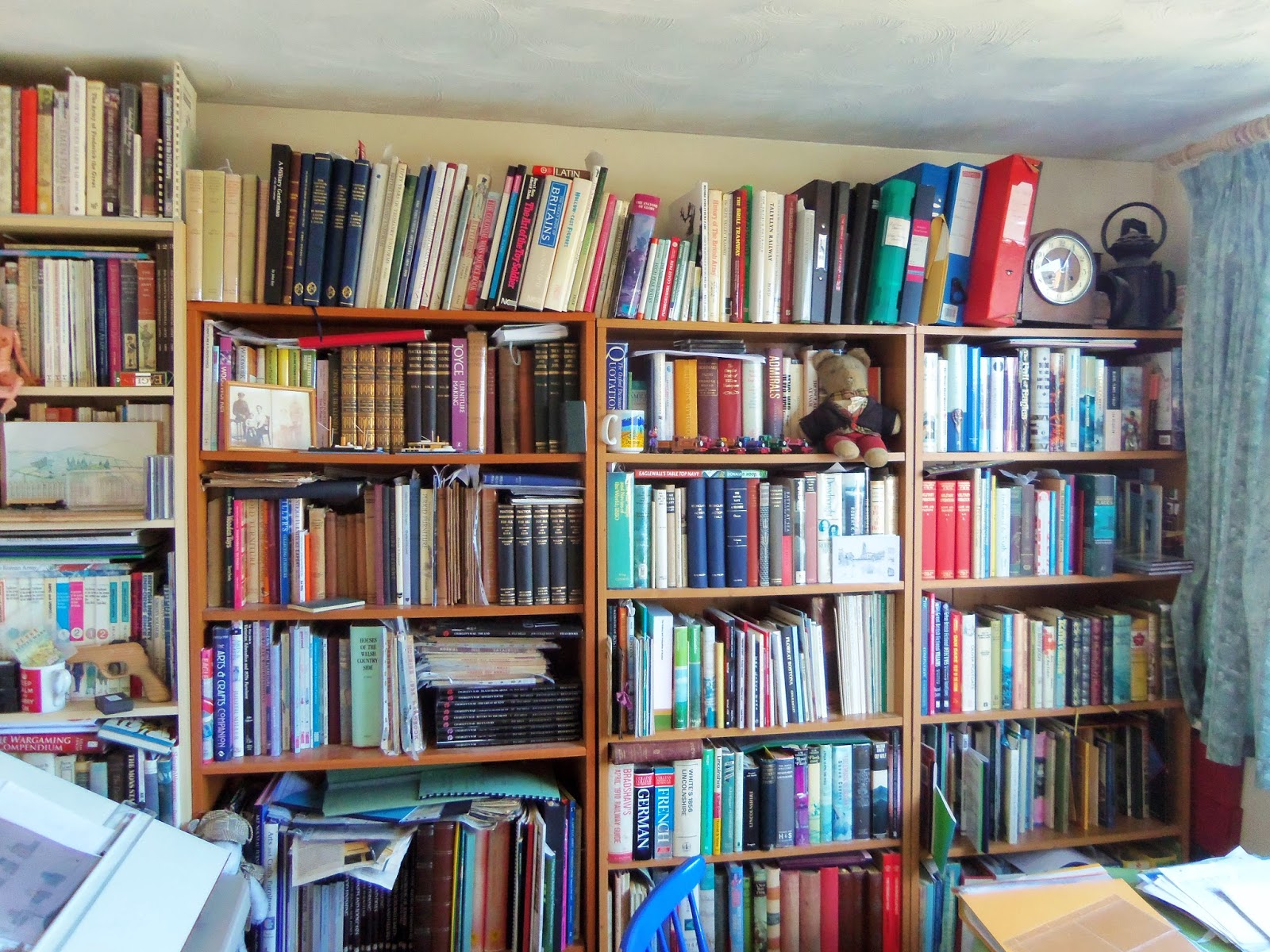 First up is an overview of the main collection. This is basically the reference section for my military, woodworking,railway and general volumes. On the opposite wall are two more bookcases containing my bound issues of Model Boats and Railway Modeller magazines, both going back to the mid 50's. (I didn't start buying them till the early 60's but purchased back issues later) The table, just in shot, contains current research for a new model railway based on a projected , but abortive, 19th century. tramway in Lincolnshire. 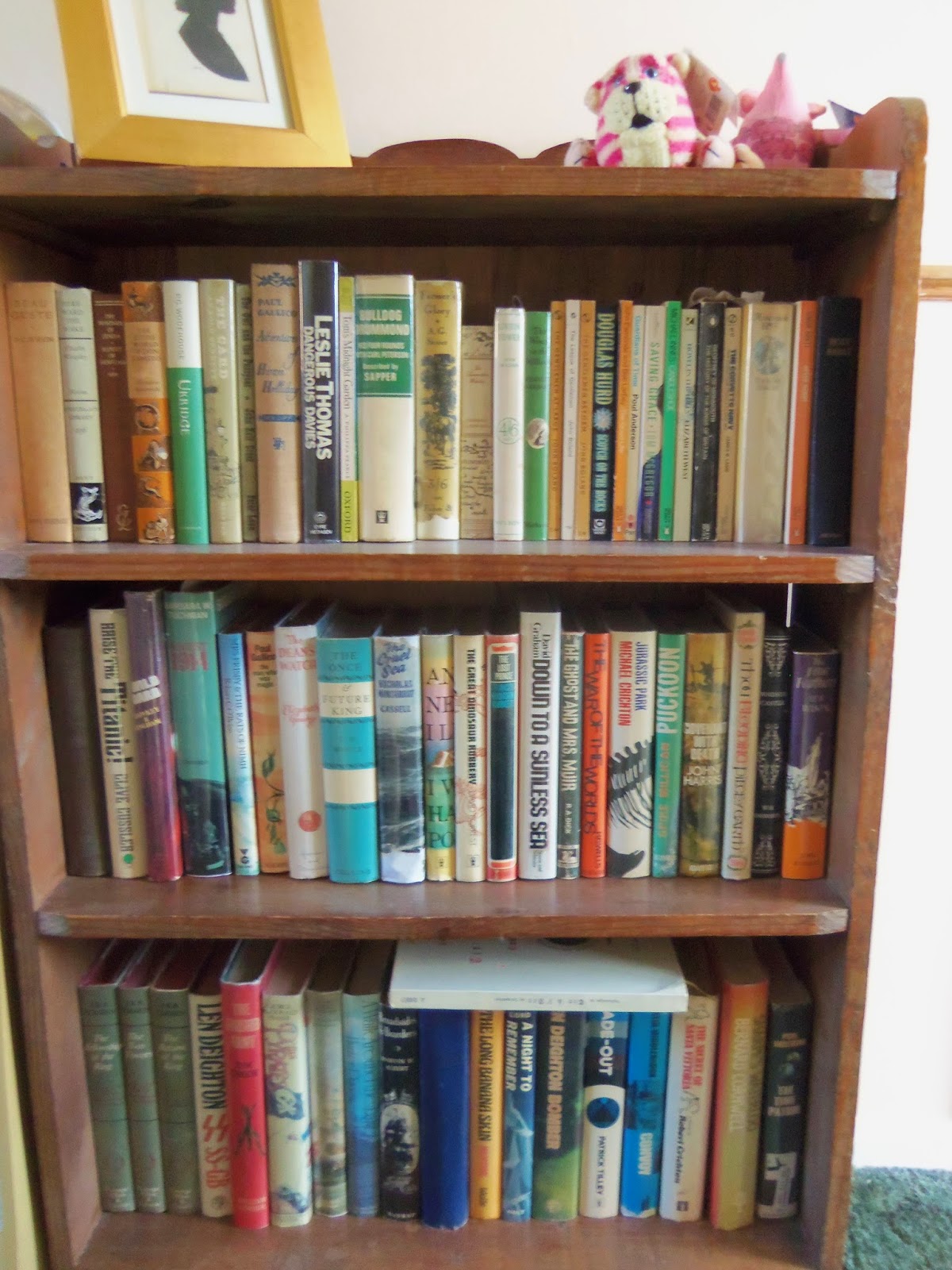 Then at the top of the stairs I have two smaller hand-made bookshelves containing a more fiction biased collection of old favourites. You can probably see more titles here, when enlarged. There are two other cases in the bedroom, but MrsJ has some space in those.

I came across a new (to me, anyway) blog through TMP yesterday. If I have this is right it is - turkishtoysoldiers.blogspot.com , and obviously seems to cover the subject quite well, I liked the Lego Gallipoli dioramas, and this battleship (of which, no more details). 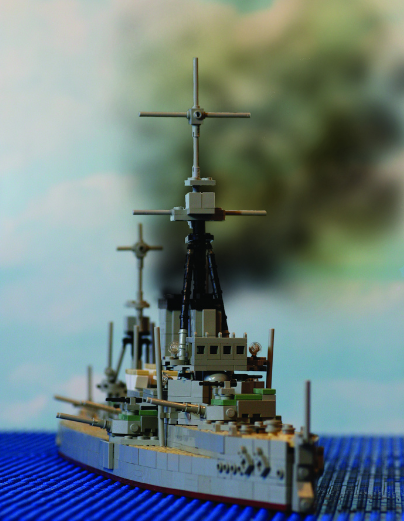