I've been a bit lethargic of late, not able to stir myself to do anything even though I have a list of jobs (both domestic and hobby related) to get on with. A post from Tradgardmaster on his blog gave me a nudge, so today I got into the garage for a bit of woodwork, starting a log box for son number ones birthday at the end of November. So much for that.

During the hiatus I kept up with various blogs and forums I frequent, probably spending too long doing it, if truth be told, and amongst my browsings I came across the following map. 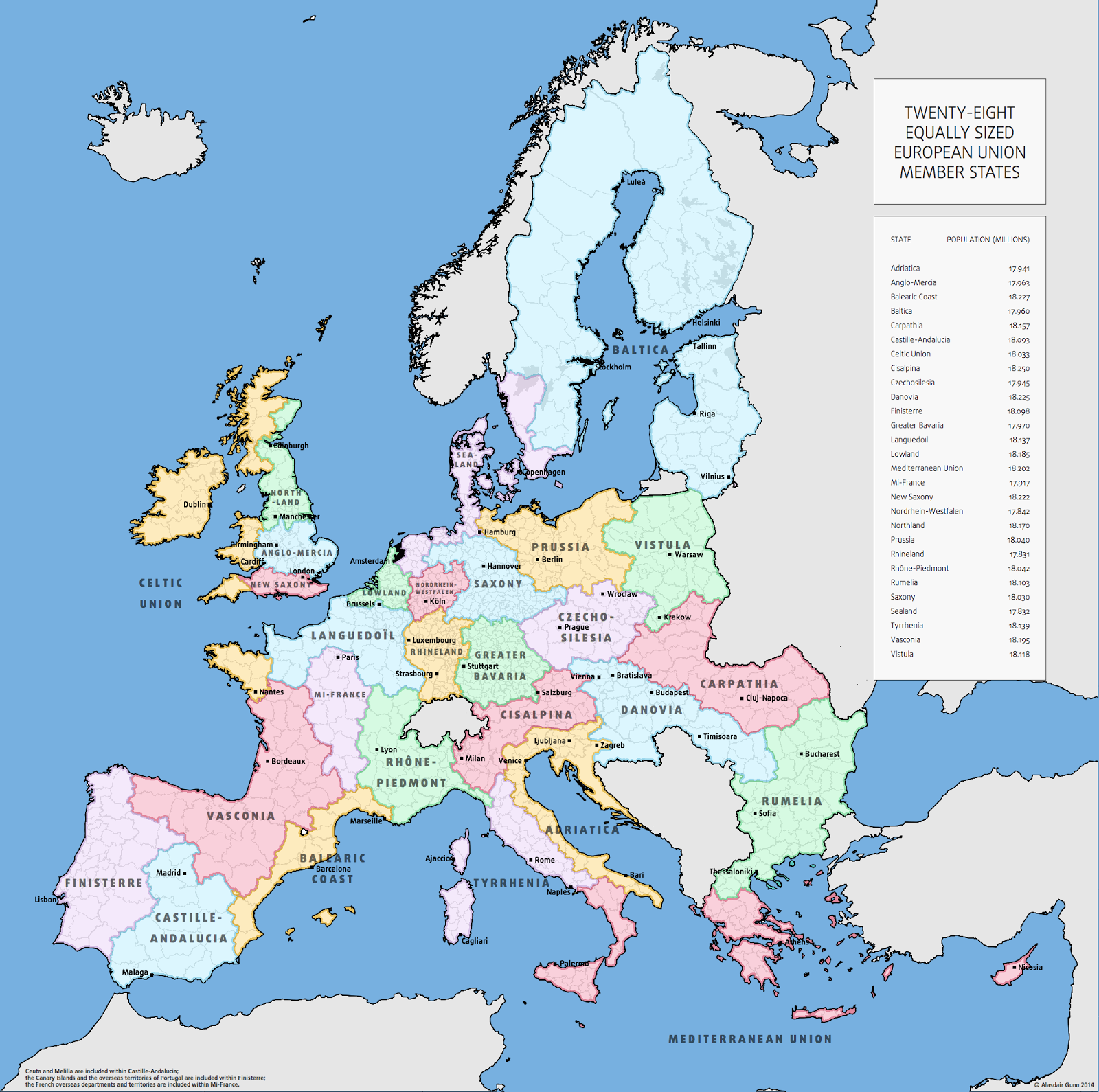 This shows European countries re-dilineated into areas that have equal populations. My first thought on seeing it was "what a basis for a set of imagi-nations". I don't intend to do anything more with it, but I pass it on just in case it may be of use.