Back to Purpose - with changes

I'm fed up of spending hours feeding thin pieces of wood over the planer and through the thicknesser to make thinner pieces. Who knew a childs cot would use up so much timber? So I'm having the day off from that and re-visiting my assorted army projects (can't carry on with the ships, they're somewhere deep in the shed covered in assorted detritus) for a little R&R.

First up, a brief note of explanation. The 28mm figures forming my OOB cover both the 19th century Duchy of Humperstein and units that can be used as the various member states of the Heptarchy (q.v.), and I've used the British armies OOB for the Crimean War as a basis for this, giving me divisions and brigades. I've nowhere near enough figures to complete the army as yet, but enough to give a decent small game. One area I am nearly full is the staff, where I only need two more brigadiers and a suitable mounted chap to act as the C-IN-C the Earl of Garrick * I have a Great War model of Lord Raglan and may use this, as it would be theoretically correct. 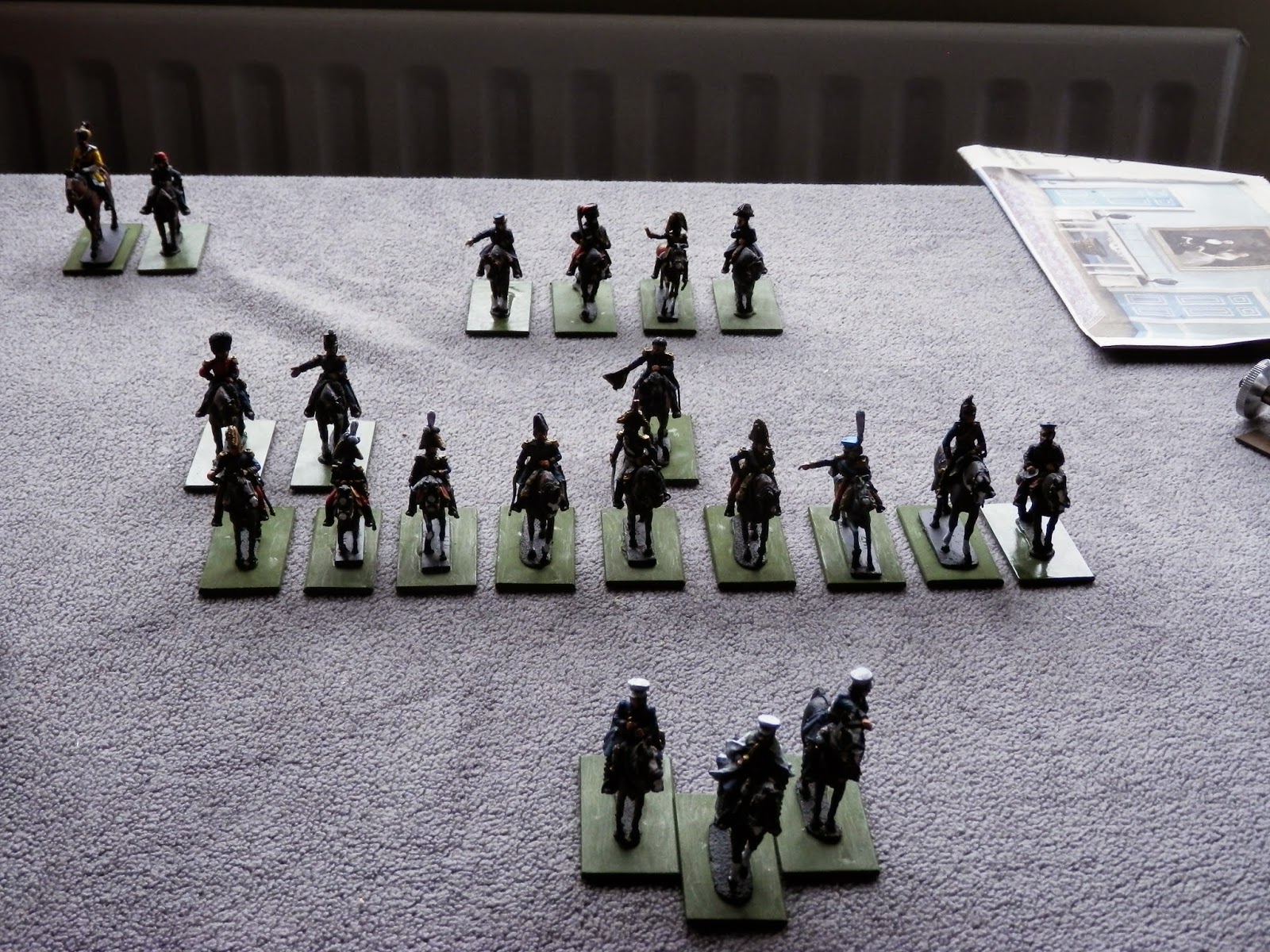 Here is some of the mounted staff at the moment, a mixture of manufacturers, including Foundry, Perry, Mirliton, and Great War. All have names and designated posts and you'll meet most of them later. A few of them are here. 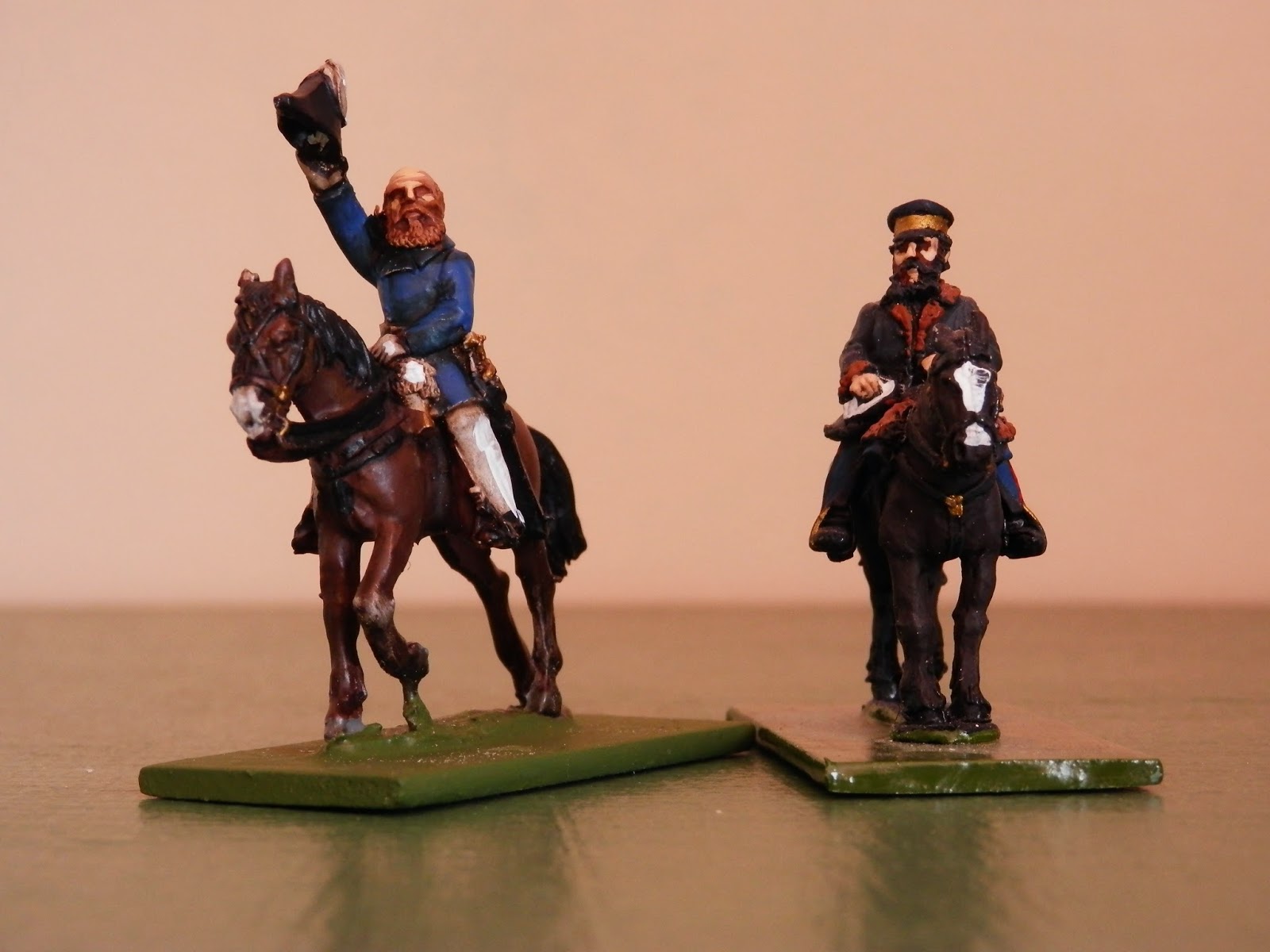 First up in the gallery are the Commander of the Reserve, HRH The Duke of Cambridge** and the officer in charge of the Engineers, Sir Francis Pashley-Drake 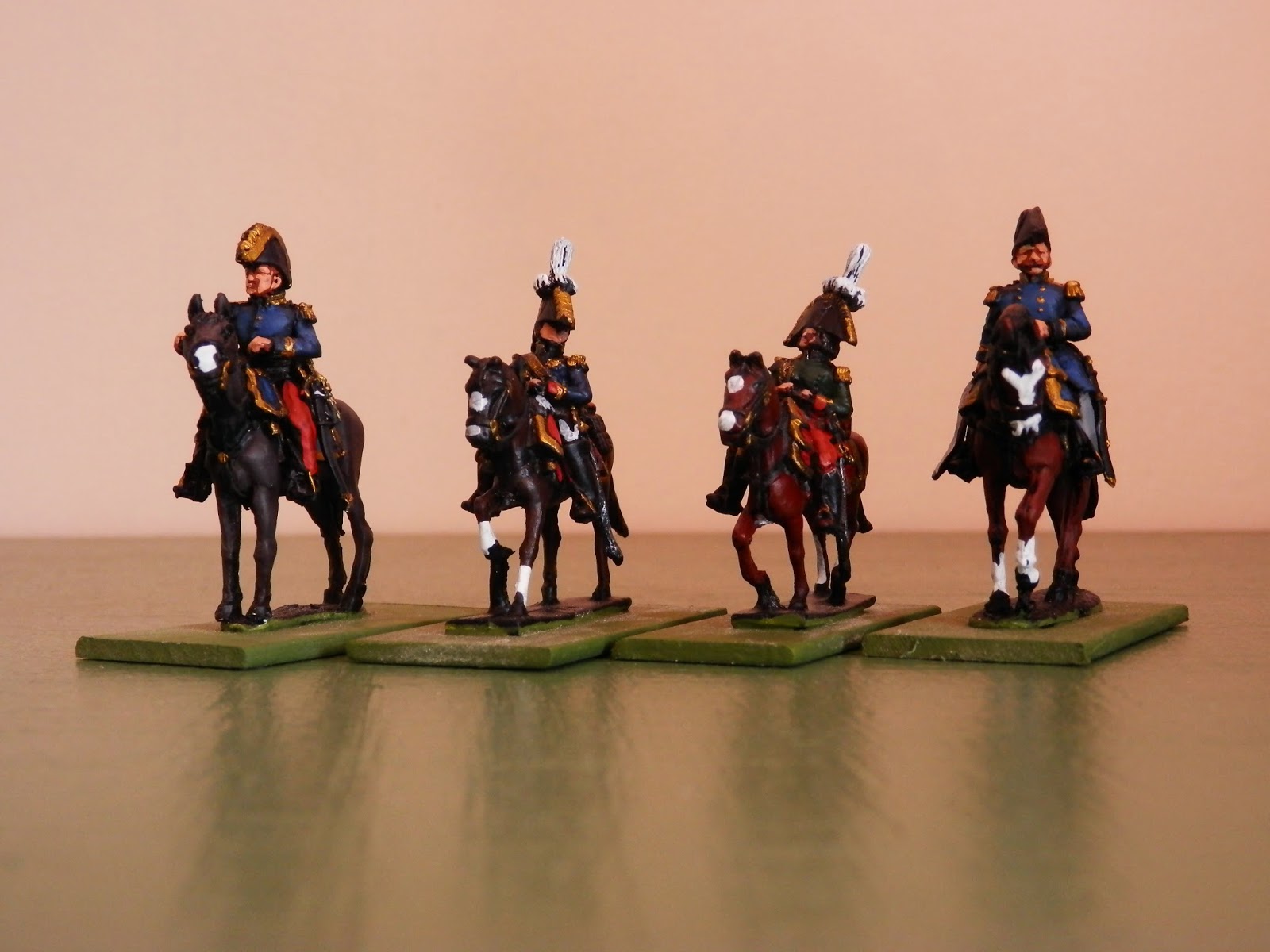 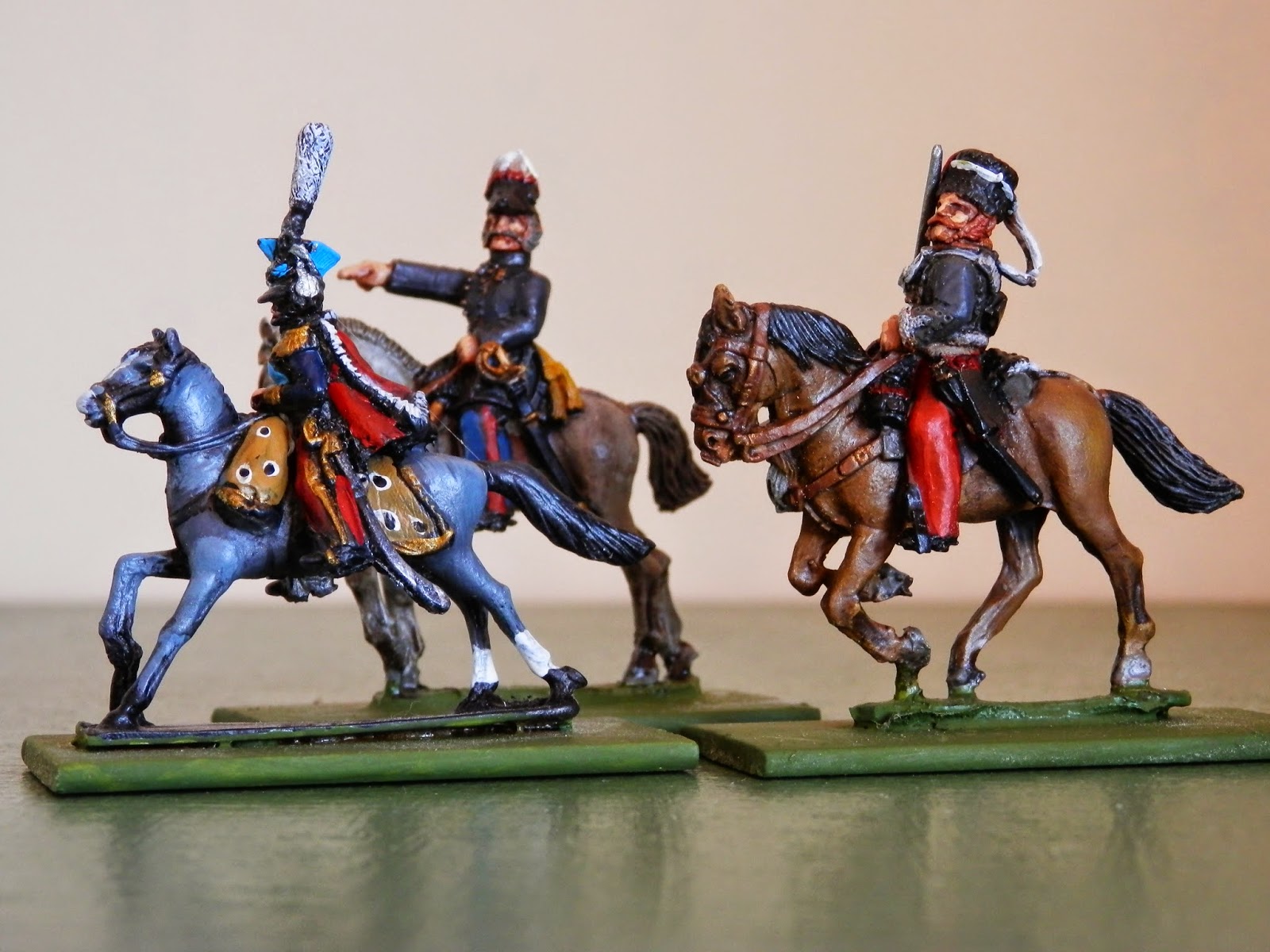 as well as the cavalry commanders, where we have, on the grey, the overall commander of cavalry, Lt.General the Earl of Emsworth, alongside the commander of the heavy brigade Brigadier  General Sir Harry Andrews and the light brigade commander Brigadier General Sir Trevor Howard.***

Finally, a couple of headquarters staff groups, without whom no army could function properly. 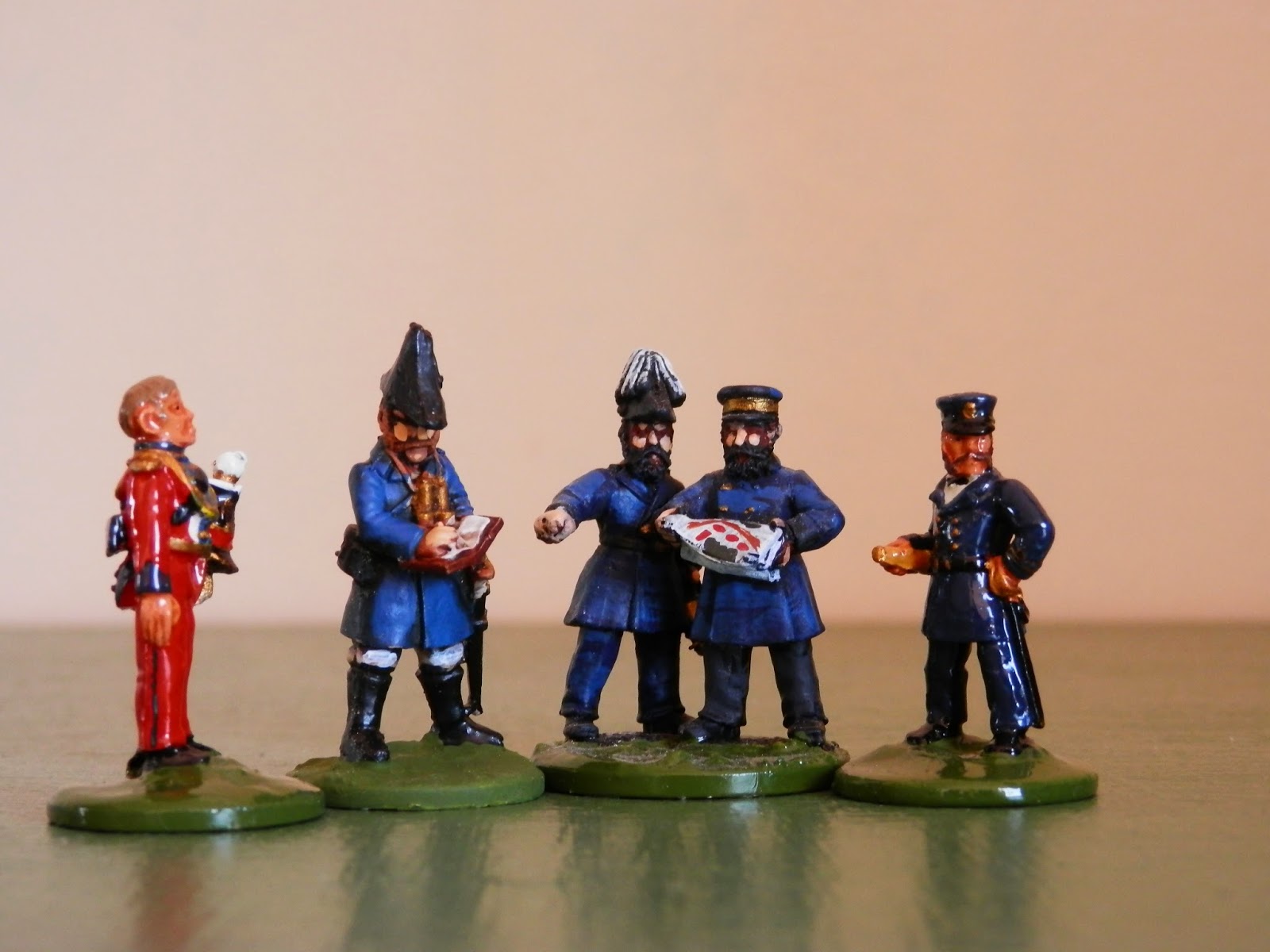 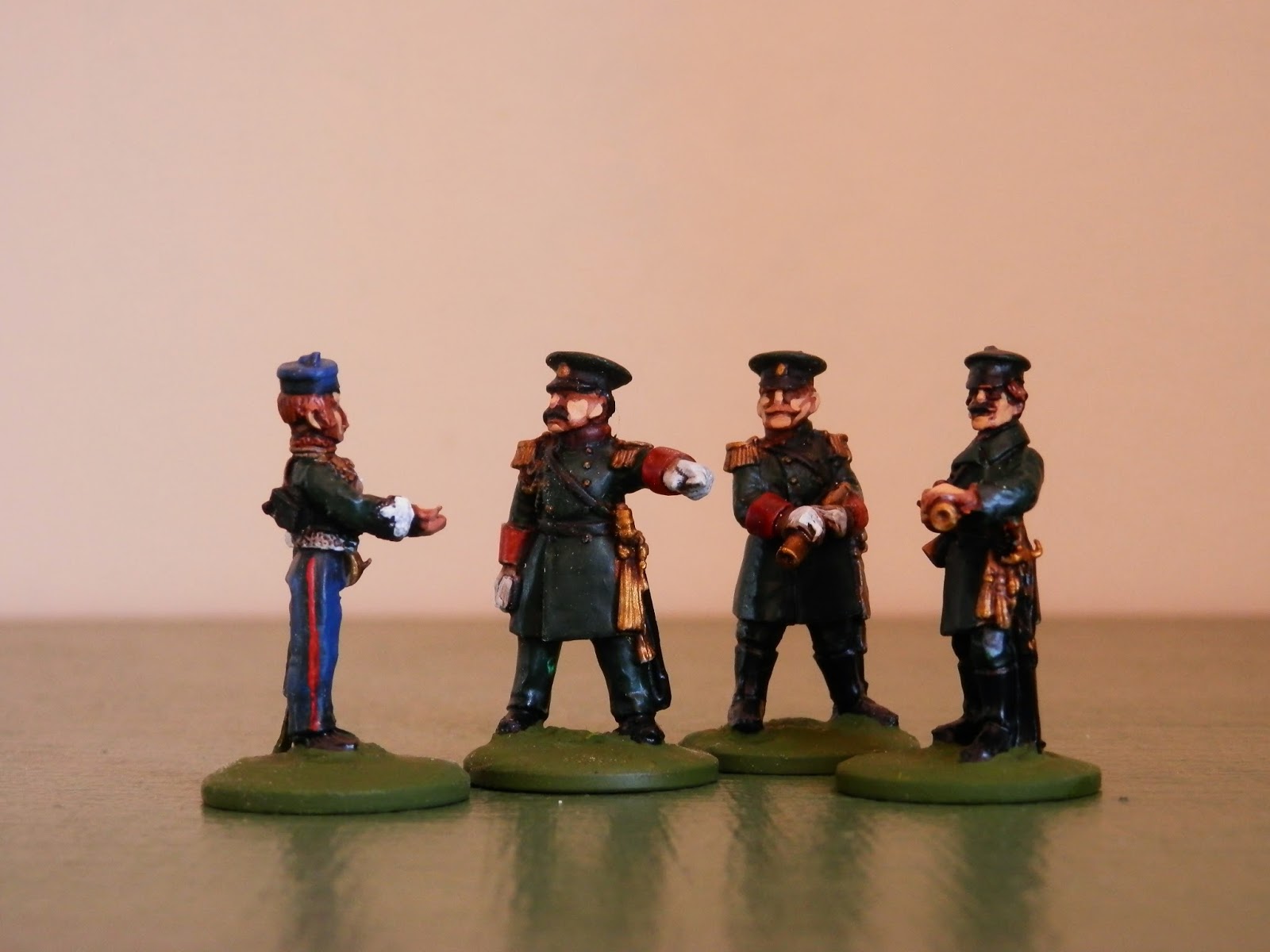 * Like the titles used by the Adjutant General and Quartermaster General, this is one of the titles used by HRH Prince Charles (and was. I believe, once one of Robert the Bruce's titles).
** Historically accurate, but really taken from HRH Prince William, who, as heir to the throne is actually 'in reserve'.
*** Unfortunately this photo shows the size difference between the old Hinchcliffe figures (Emsworth) and the more modern Great War ones.
Posted by joppy at 01:42