Can it really be nearly six months since my last entry? I seem to have been really busy over those months, but obviously with nothing to say.
MrsJ and I have just returned from a few days in Lithuania, where we attended our son's wedding to a lovely young lady who will do him the power of good. We were rather busy over the few days (weddings there are quite different from here, lasting up to three days. We even saw one being done at the ebtrance to an inn where the reception would be!), but we were able to get a couple of days out and about. I was amazed at the lack of road traffic, and had been warned by Stuart about the state of roads off the main drag, often poorly maintained or even just gravel surfaces.

One of our jaunts was to the Zemaitija National Park where we visited the Cold War Museum, one of the old missile silo complexes now decommissioned. 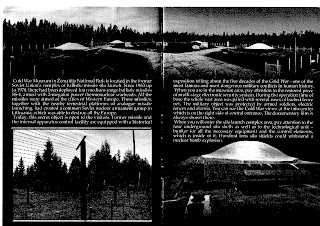 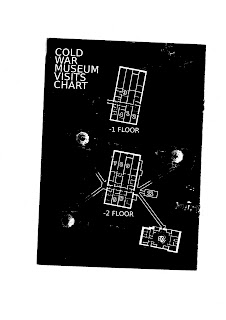 In the middle of the woods, along a bumpy track, the site is quite small and holds four silos, plus ancilliaries. There is entry to the bunkers and a marked route round showing various aspects of the Cold War and possible nuclear confrontation of those times from a Soviet point of view. It was chilling to read of exactly how close they thought we came to a nuclear exchange at the time of the Cuban missile crisis. We passed through the various rooms and narrow corridors (being told they would have been even narrower when in use because of all the conduits and fuel pipes running along them) past old machinery and fuel rooms, offices and one of the silos. At the end is a thought provoking film/computer generated showing of a city under attack and the results.
Definitely an interesting and thought provoking experience, slightly enlivened by the occasional strange translation of texts into English. (eg. "you will see the rigorous colonel which is authorized by his country to "keep a finger" on the "nuclear button"...)
According to a map, there were another four of these establishments in the area, all with four medium range SS-4 missiles armed with 2 megaton thermonuclear warheads aimed at the cities of Western Europe.
﻿
Posted by joppy at 03:46